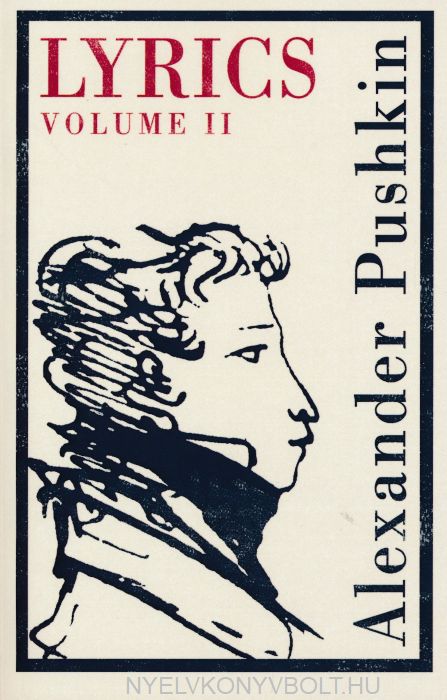 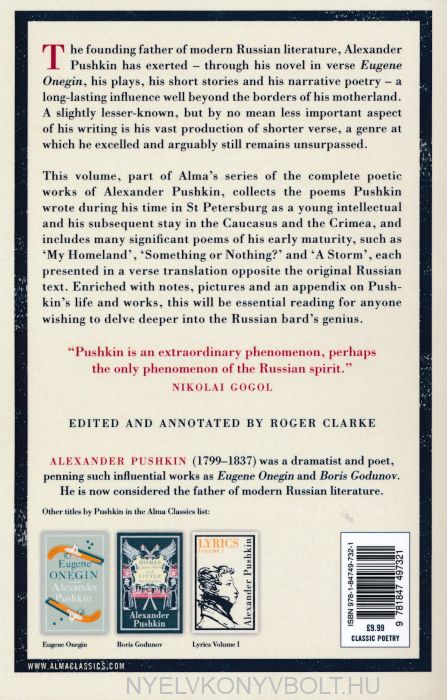 Tweet
The founding father of modern Russian literature, Alexander Pushkin has exerted - through his novel in verse Eugene Onegin, his plays, his short stories and his narrative poetry - a long-lasting influence well beyond the borders of his motherland.

A slightly lesser-known, but by no mean less important aspect of his writing is his vast production of shorter verse, a genre at which he excelled and arguably still remains unsurpassed. This volume, part of Alma's series of the complete poetic works ofAlexander Pushkin, collects the poems Pushkin wrote during his time in St Petersburg as a young intellectual and his subsequent stay in the Caucasus and the Crimea, and includes many signifi cant poems of his early maturity, such as 'My Homeland', 'Something or Nothing?' and 'A Storm', each presented in a verse translation opposite the original Russian text. Enriched with notes, pictures and an appendix on Pushkin's life and works, this will be essential reading for anyone wishing to delve deeper into the Russian bard's genius.

Idylls of the King 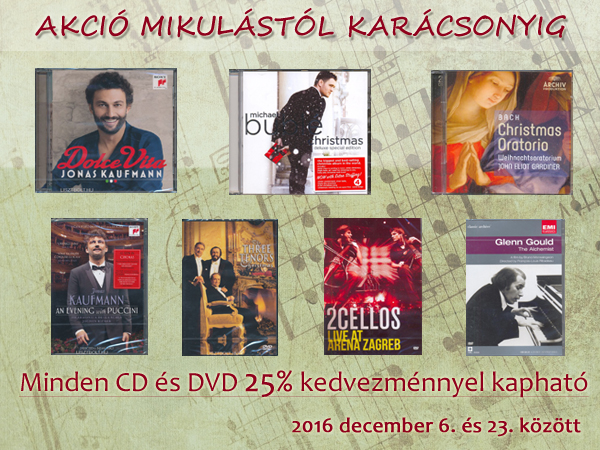